The announcement by Government to expand Housing First into more areas where there is the most need included funding for the Housing First Auckland collective to end homelessness for 100 more chronically homeless people.

This takes the number of people the collective is funded to support from 472 to 572.

Speaking on behalf of the collective (Auckland City Mission together with Lifewise, Kāhui Tū Kaha – previously Affinity Services – LinkPeople and VisionWest), project lead Julie Nelson said it was an important and positive announcement.

As our largest city, the need in Auckland is great, and it is very pleasing to see that some of this funding will be allocated to Auckland’s five existing Housing first services.

“We know Housing First works to permanently end homelessness for people who have been cycling in and out of the system for years. It is backed by more than 20 years’ evidence and proven to significantly reduce and end homelessness around the world,” Ms Nelson said.

Most importantly, Ms Nelson said the additional funding will be life-changing for the people who will no longer be homeless as a result.

“Housing First puts people first, and this announcement means Auckland’s five services can help find homes and provide support for more people, and do more to end homelessness in Auckland so that it is rare, brief, and non-recurring.”

The Housing First Auckland collective shares the outcomes of its work each month on its website, including the number of homeless people who have been supported into homes, including families and children, in which regions people have found homes, the types of housing and the profiles of those housed.

The collective believes solving homelessness should be a cross-party priority that transcends any individual Government. It would like to see New Zealand include Housing First in housing policy and as part of a national housing strategy.

Following the announcement of the expansion of Housing First services, which was hosted by Lifewise at its Queen St offices, members of the Housing First Auckland leadership team were able to speak with the Prime Minister and Ministers. 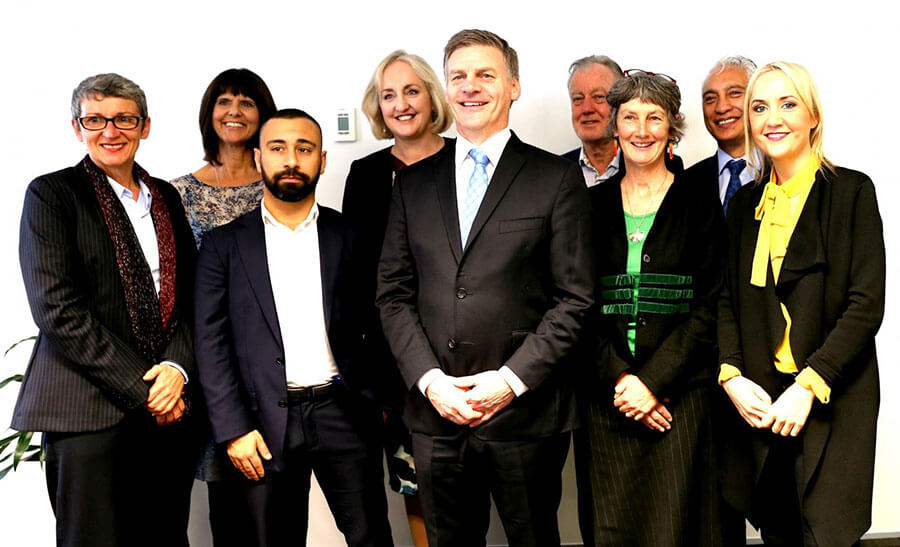 You can read the full announcement on the Beehive website: https://beehive.govt.nz/release/govt-support-auckland-city-mission%E2%80%99s-social-housing-project

Housing First Auckland is part of the Wise Group Copyright ©2022